Posted by Shreepadmanrityam at 10:20 PM No comments: 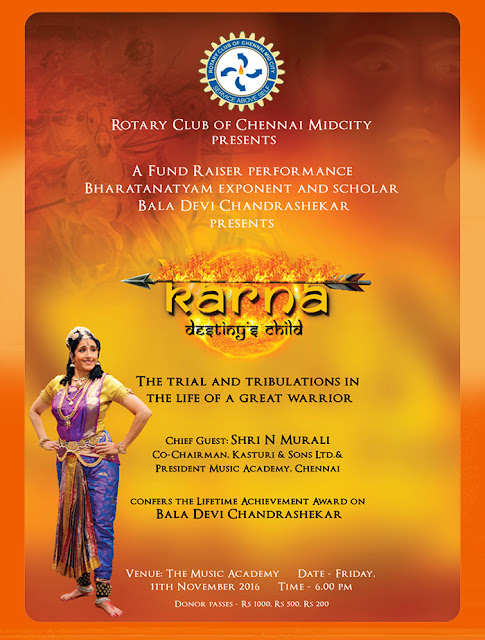 Posted by Shreepadmanrityam at 12:13 AM No comments:

Abhinayam is the art of expression

Abhinayam is the art of expression. It is the medium of presentation by which one can convey one's ideas and the feelings to others without speech but by means of mudras, mime, facial expression and movements of the body.

Bharata explains "exhibiting the meaning of that which is expressed in 'Abhi' meaning forward and "Nayam" meaning to lead forward the characteristics of a character is abhinayam."

Abhinayam is of four kinds. 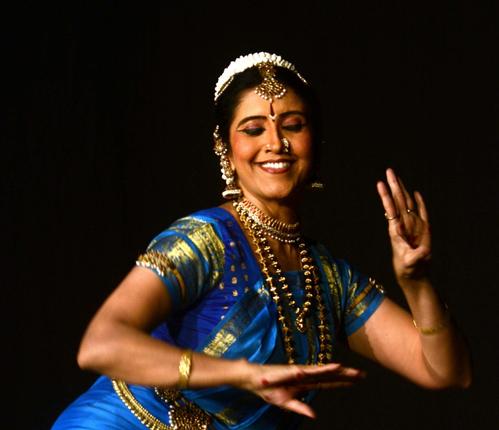 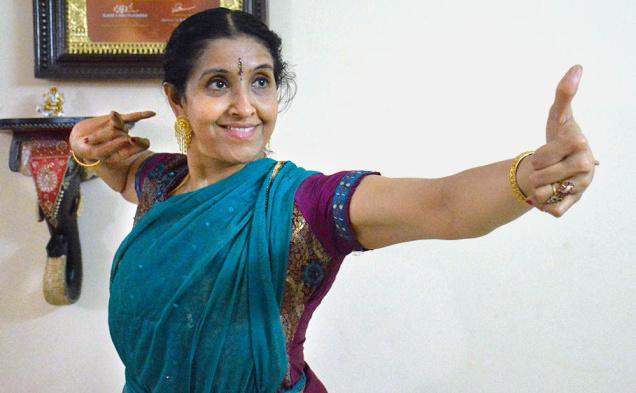 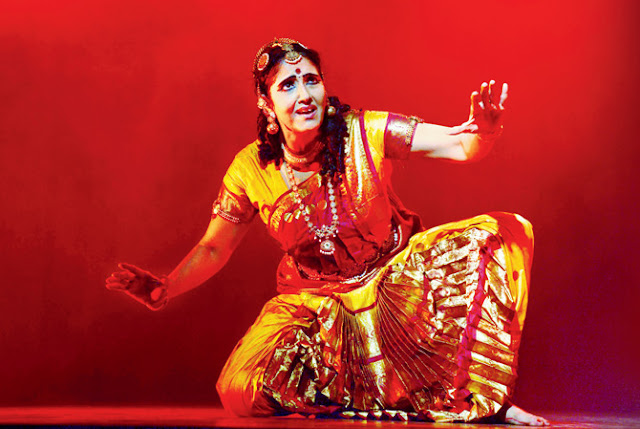 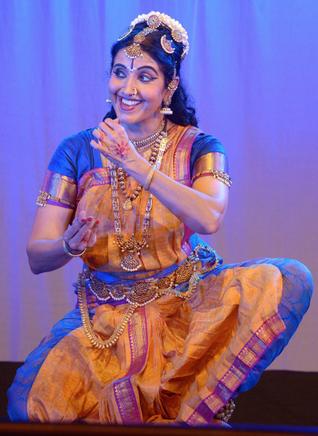 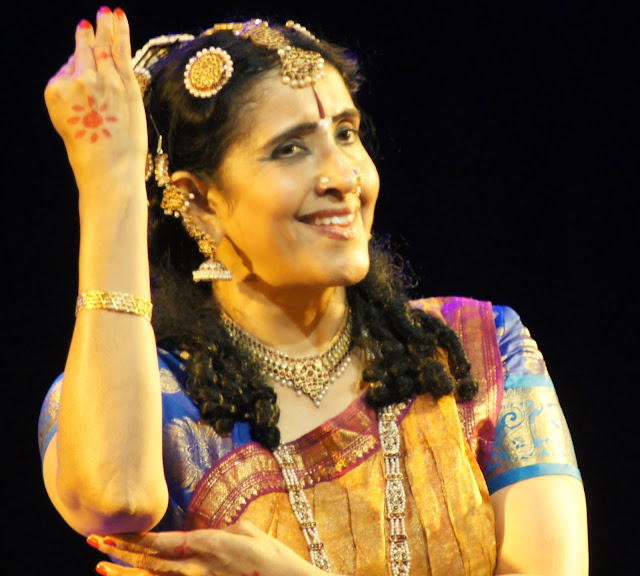 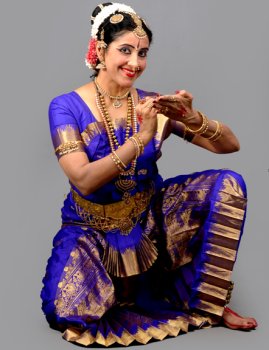 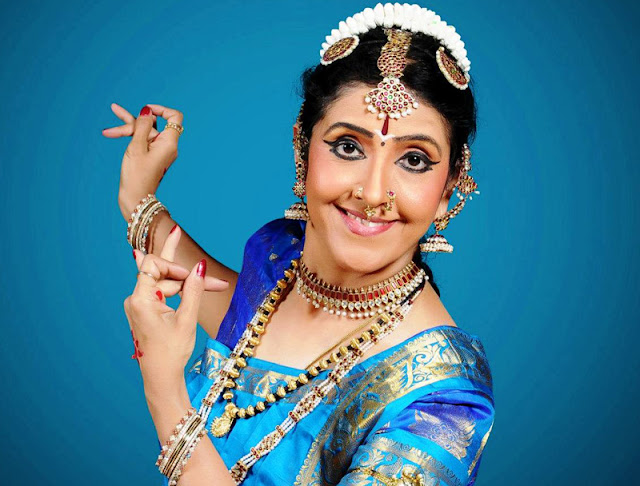 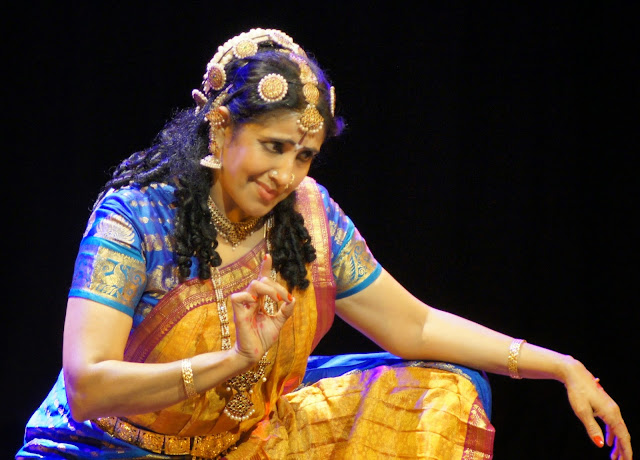 Posted by Shreepadmanrityam at 10:38 PM No comments:


BharathaNatiyam is a classical Indian dance form which is popular in the state of Tamil Nadu,India.
A origin of the name is from Bharatha Muni, who wrote the Natya Shastra to which Bharatha Natiyam has many of its ideas.
Lord “Natarajar”(Lord Siva) is considered to be the god of Bharatha Natiyam.Bharatha Natiyam has three basics,"Bhavam" which means expression , "ragam" meaning medium, "thalam" meaning rhythm and natiyam meaning dance . 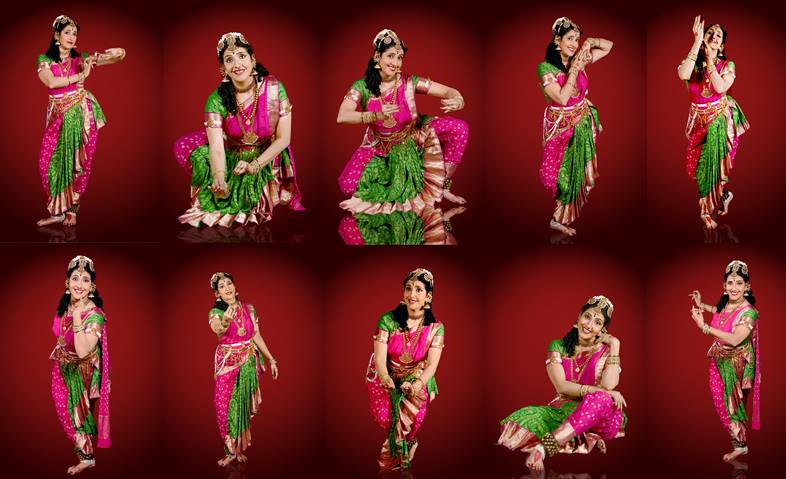 Posted by Shreepadmanrityam at 11:18 PM No comments:


Posted by Shreepadmanrityam at 4:14 AM No comments: 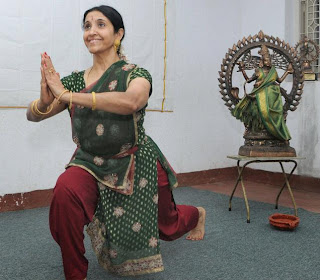 It is 125 years since Lord Vishnu came down to earth as Krishna. The Yadu clan is full of arrogance and it is time to bring the curtain down and for the Lord to return to His milky abode. The Earth has to be relieved of its burden. Drama and Krishna are inseparable and another script unfolds.

Uddhavar, Krishna’s minister and friend is in the grip of grief. Separation from Krishna cannot be imagined. How can he live without Him? Full of compassion, Gitacharya consoles His disciple and gently leads him in the path of detachment. The Lord narrates the story of Avadhuta to drive home the point. Clarity obtained, Uddhava departs leaving Krishna to tie up the loose ends.

Considered the last message of Krishna, Uddhava Gita gets a visual shape in the hands of Baladevi Chandrasekhar. Based in New Jersey, this disciple of Padma Subrahmaniam has presented many themes including Nandanar Charitram.

“It is an abstract subject but so full of substance, as valuable as Krishna’s sermon to Arjuna on the battlefield. It should reach the common man. I embarked on it more than a year ago, read several texts before taking the plunge,” says Baladevi.

“That Swami Shantanandapuri of Tiruvannamalai happens to be my uncle helped. A grandson of Neelakanta Sastri, who was Paramacharya’s preceptor, he spends six months in the Himalayas. It was with his approval that I took up the project. Sitting on the banks of the Ganga, he wrote one hundred pages of the meaning of the slokas. It was a blessing,” she adds.

Dr. Pappu Venugopala Rao has written the script and Dr. Rajkumar Bharati has set the music. “Everybody put their heart and soul into the production,” says Bala Devi. “Dr. Rao brought all his skill into play and was moved to tears when I showed him glimpses of the production. Rajkumar has composed music with great understanding, always ready to make changes until we got each note perfect. G. Srikant and Keerthana are on the vocals.”

Music is indeed an asset to this production that has been divided into four Acts. The first, an introduction, finds Yadu youth playing a prank on the sages of Pindaraka and earning their curse. Realising that the Lord has decided to wind up the game, a distraught Uddhava seeks solace and Krishna replies: “Concentrate on me. There is actually no separation. I’m the Universe.”

Krishna goes on to narrate the legend of Avadhuta. King Yadu wants to know how Wisdom can be acquired. Avadhuta cites Nature as the reservoir of knowledge naming 24 preceptors. Bala Devi has chosen five among them – a spider, a wasp, a pigeon, a courtesan and a maiden with single bangle. Jatis set by Vijayaraghavan capture the movement and gait of each of the five.

Act 2 deals with Hansavatara, Krishna taking the form of a swan, Paramahamsa, to enlighten Brahma, who is doing penance. Hamsa ragas such as Hamsadhwani and Hamsanandi are deployed in keeping with the content.

Act 3 is about Bhakti Yoga. Is Uddhava the ultimate bhakta? Krishna asks his disciple to visit Vraja, where His parents and the Gopis are waiting for the return of Krishna. On sighting Uddhava, they are elated, assuming that their beloved Krishna is right behind. He fills their mind, day and night. They are obsessed to the point of distraction. Humbled, Uddhava retreats, having seen the essence of devotion. In Act 4, the glory of Satsang is revealed. “Contemplate on me, only me,” Krishna tells Uddhava. “That is the mantra for Kaliyuga. Intellect, knowledge, status, etc., have no meaning here.” Prahlada, Hanuman, Radhika and the Gopis are cited as examples. What makes them special? “If others meditate on me, I meditate on them.”

His mind calmed, although saddened, Uddhava leaves for Badri, with Krishna’s padukas on his head and a song in His praise on his lips. This segment is presented as a thillana, the structure echoing the mood.

“I never thought I’ll come this far with this concept. The blessings of my gurus and Paramacharya’s anugraha have made it possible. This is my humble offering to all devotees in the month of Margazhi,” concludes Bala Devi, who calls the entire experience divine. She presented the opera at the Tirumala on Sunday last.

Posted by Shreepadmanrityam at 5:19 AM No comments:

Posted by Shreepadmanrityam at 3:21 AM No comments: